Still painting on risky, unsuitable hardboards or fiberboards?  At last there is a panel available to the artist that has been designed specifically for painting. 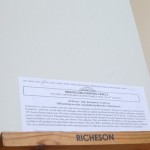 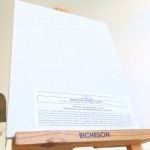 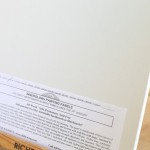 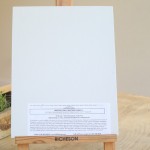 Innerglow painting panels have endured years of extreme testing for strength, durability and exposure.  They are safe, rugged and permanent.  They won’t warp, peel, blister or lose adhesion.  The panels are available in all standard sizes and can be cut to custom shapes and sizes.  They are a full 1/2 inch thick, all wood, lightweight and require no bracing.  They are primed on both sides with a polymer primer in a traditional light gray tone, ready to accept any type of  medium or paint except egg tempera. We also provide 3/4″ thickness for icon painters.

The specially developed surface retards moisture transfer and thus limits warping and twisting.  Natural variations in the wood used make it impractical to present test data, which would accurately predict the behavior of any given piece.
As a general rule, wood in service indoors varies in moisture content from 5 to 10 percent. Under these conditions,
Innerglow panels can be expected to change 0.2% maximum in dimension.

Innerglow panels were exposed outdoors in the Northeastern climate at a 45° angle facing South. Result: after nine months exposure the surface appearance was excellent, and after thirty months, no peeling, blistering or loss of adhesion occurred.

In the Gordon Kline Test for glueline failure, samples of Innerglow panels were subjected to two hours of boiling, followed by baking at I50° for 22 hours. The cycle is repeated ten times. Result: although there was checking of wood cores, no failure occurred in either glueline or surfacing, and there was no delamination of the Innerglow panels (not
intended for use under these conditions).

Chemicals solutions were placed in contact with an lnnerglow panel sample, covered with a watch glass for 24
hours in temperatures of 72° – 78°F.  At the end of the test period, samples were washed, dried, and examined for changes. Result: of the 12 chemicals tested, only 10% solutions of sulfuric acid and ammonia hydroxide discolored Innerglow panel surfaces to any extreme. Roughened, swelled, or softened surfaces were only slight to moderate.